Many new members of the club will have particpated in or thought about entering the ’10 series’. This is a long standing series, though not held last year due to racing restrictions. The series was run for many years by previous club President and Racing Secretary Roger Bacon. Roger had a set of criteria, most of which we can replicate, but were unfortuately lost after his death.

Please note that this is an initial draft, but will help competitors and will become more formal by the end of the year.

A report from Catherine Pascoe -   The event was held at Droxford on... read more

This week we’ll use the flat course that we used couple of... read more 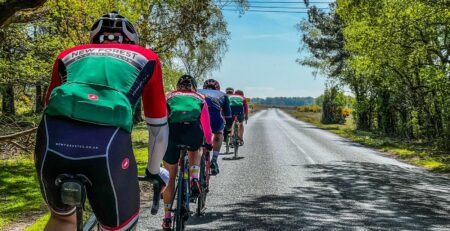 A busy week for NFCC Members with the early may bank holiday... read more

Following on from the strong form of riders on the first two... read more